Manufacturing is the process of creating new products, and as we all know, almost everything we use on a daily basis was at one time made somewhere. Even things like our clothes and food were once inside machines that improved production and changed how we shop or eat.

Industrial robots are machines that are designed with the sole purpose of working on an assembly line to help make it productive. While they can be dangerous if not handled properly, they have been created to keep humans safe from harm.

In fact, industrial robots are so sleek and clean that they actually look nothing like the scene from the Terminator film franchise. Instead, industrial robots resemble the arms of a human because they follow instructions directly.

CNC machines go by several acronyms, including ‘CAM’ and ‘CAE,’ but they all stand for computer numerical control. These machines allow the user to design a blueprint on a computer and then cut out materials in an assembly line to create products. For example, CNC machines are used often in the automotive industry to make things like parts or even entire cars.

CAM is similar to CAD software, but it includes advanced tools that are specifically designed for cutting out materials more efficiently. This makes CNC machines more precise and allows companies to make their products faster by using computers instead of people to program the machine.

Laser cutting machines are used during the production process when even CNC machines can’t cut perfectly straight lines or make shapes that are as smooth as needed for the product.

Laser cutting machines use lasers instead of physical parts to help create products out of wood, metal, plastics, and much more. By cutting the materials precisely and incredibly fast, these machines allow companies to make products faster and better than before.

Assembly lines are self-explanatory because they’re lines full of assembly (hence the name). These machines take raw materials like metal or wood and turn them into completed products. For example, car assembly lines are where cars are put together piece by piece to help complete the entire car so it can be driven off the lot or into production.

Assembly lines have existed for centuries, but they were originally powered by humans that moved heavy objects until machines came around and allowed us to create something more efficient.

Air compressors are usually powered by electricity, and they’re used for manufacturing in a variety of ways. For example, air compressors help to power nail guns and staplers in order to make building things like houses or furniture much easier and faster.

They also help with product transportation because moving products around the factory is often time-consuming and hard to do without the proper tools. Industrial compressors help to make this process much easier by lifting heavy objects with air cannons (pneumatic cylinders) and allowing them to be moved around with ease.

Conveyor systems are probably best known for working in places like McDonald’s and other fast-food restaurants. These machines help with the production process by moving food around or even carrying it through flames to help cook it faster. 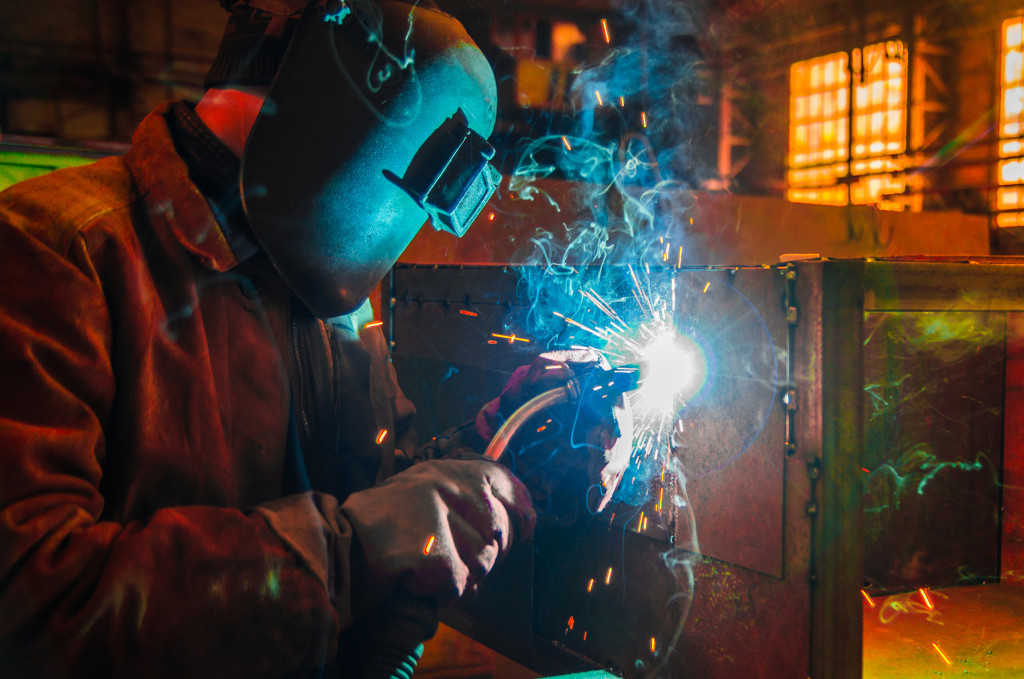 Welding refers to the joining of two or more metals together, which is usually done through a process called ‘fusing.’ Fusing has been around for centuries, and it’s used to create a wide variety of products from pots and pans to cars.

For example, welding helps to connect the metal bones in cars to be transported without falling apart. Welding machines help with this process because they use electricity or gas pressure to melt the metals together quickly.

Manufacturing is a complex process that relies on many equipment and machines. The seven essential manufacturing tools we’ve listed are used in most factories worldwide, whether they’re creating cars or furniture.